MAG47 10/30 Rotting Banana Clip Custom Cerakoted 10 Round AK-47 7.62x39. Each is one of a kind!
The MAG47 10/30 is the 10rd version of the MAG47. The MAG47 holds 10 rounds of 7.62 x 39 ammunition and feeds it flawlessly.
The MAG47 is the strongest polymer AK47 magazine to ever be made in the USA. A stainless steel cage reinforces the locking lugs and the feed lips where strength is mission critical. This magazine holds 30 rounds of 7.62 x 39 ammunition and feeds it flawlessly. For those of you who prefer a version with a Bolt Hold Open, look at the MAG47 BHO 30 Round AK47 Magazine.
Restricted State Compliant:
Know your state and local laws. The MAG47 10/30 is marked as a 10rd magazine and will not function due to its reduce spring should the block be removed.
The testing has been very extensive firing 20,000 plus rounds. The MAG47 has proven to be extremely reliable. We also worked extensively with manufacturers to make certain this magazine fit into every rifle we could get our hands on. The MAG47 lives up to the renowned reliability of the AK47 platform.

If you have to ask why, this isn’t for you. 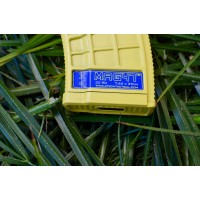 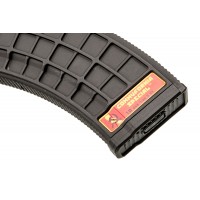 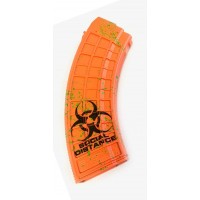